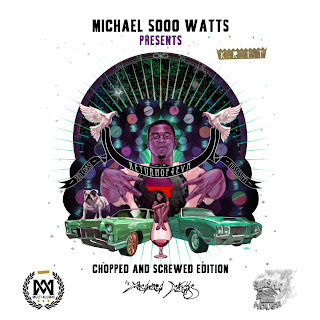 AWWW maaaan I'm gonna pour a 8 & light a dutch of this trainwreck so i can get right listen to this properly... Big K.R.I.T blesses us screwheadz w/ R 4 screwed & chopped....*thanx* SHOTTA

“It is my pleasure to give my supporters the 2nd installment of the Chopped N screwed series me & my bro Micheal “5000″ Watts are doing. go to Bigkrit.com for the free download of “Returnof4eva” Chopped N Screwed . Thank you all for helping me to get one step closer to my goals, in return everything at my store is 25% off for the next two weeks. Live From the underground coming soon!” – K.R.I.T.


http://hulkshare.com/jbkcy6598huf
Posted by FOREVER FLY at 7:59 PM No comments: 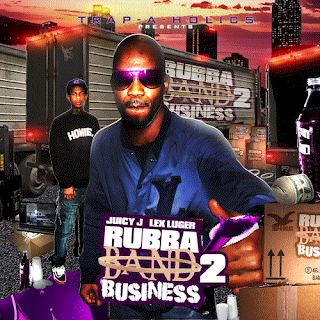 I had a link to this Trapaholics Juicy J/Lex Luger collab Rubberband Business II on the blog earlier this year now the NO DJ version has finally hit the streetz....WICKED! #ENJOY


http://www.megaupload.com/?d=ACM6MEND
Posted by FOREVER FLY at 6:49 PM No comments: 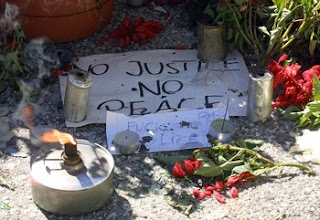 The people that were hype about Troy Davis being put to death should be even more hype at the reality that Sammuel Crowe was allowed to live and Troy Davis was put to death. Even though Crowe's was an extremely more violent crime...where is the justice in that? On March 1988, Crowe killed store manager Joseph Pala during a robbery at the lumber company in Douglas County, west of Atlanta. Crowe, who had previously worked at the store, shot Pala three times with a pistol, beat him with a crowbar and a pot of paint. Crowe pleaded guilty to armed robbery and murder and was sentenced to death the following year. "David (Crowe) takes full responsibility for his crime and experiences profound remorse...At Thursday's hearing, his lawyers presented a dossier of evidence attesting to his remorse and good behavior in jail, according to local media reports. The lawyers also said he was suffering from withdrawal symptoms from a cocaine addiction at the time of the crime. The U.S. Supreme Court on April 16 rejected a challenge to the three-drug cocktail used in most U.S. executions, which opponents claimed inflicted unnecessary pain. Georgia then conducted an execution on May 5. Georgia has executed 41 men since the Supreme Court reinstated the death penalty in 1973 and this week it had 109 prisoners on death row..MAKE THAT 108..R.I.P TROY DAVIS!

(america's justice system is fuckry..but u know that already!) #SHOTTA
Posted by FOREVER FLY at 5:23 AM No comments: 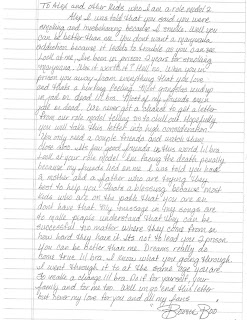 Boosie writes a letter thru his brejrin Donkey to help put a YG in a better state of mind and I guess a better direction hopefully...
The link has both another copy of the letter but also the EP w/ the kid Alex from beyond scared str4 that Boosie was reaching out to b/c he said he wants to be like Boosie, that's why he acts out...BOOSIE got kids and reaches out to kids...LET THAT MAN FREE! #SHOTTA 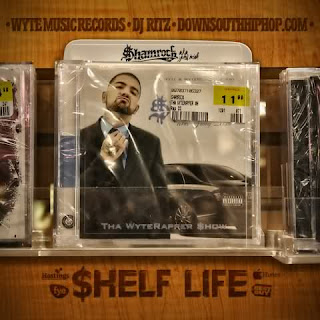 My brejrin Shamrock (VH1 White Rapper Show) is releasing his new mixtape "Shelf Life" and the homie super producer Ribah on the Beat has the 1st single "Top Notch" featuring Chingo Bling making noise right now check the link below...Rinah is a huge influence on the sound ATL is now known for and is the producer of B.O.B's 1st hit "Haters" do your research & hit him on twitter @ribahonthebeat if you need a hit #SHOTTA 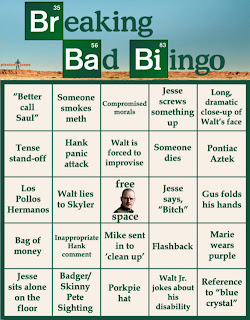 Season 4 has definitely been one of the best seasons yet & EP 9 does not disappoint by any means...AVI link below! #SHOTTA

http://www.fileserve.com/file/7EchY9k/Breaking.Bad.S04E09.HDTV.XviD-TLA.avi
Posted by FOREVER FLY at 9:56 AM No comments: 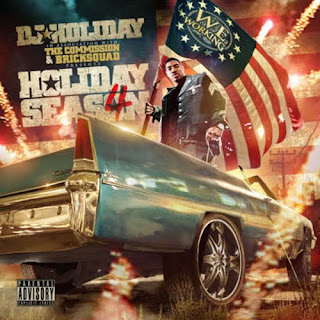 Dj Holiday is back w/ another installment of the popular "Holiday Season" series featuring a hilarious lil Duval, Gucci,Yo Gotti, Rocko, Bricksquad, etc etc...Duval makes it funny tho s/o to that guy!


http://hulkshare.com/z8l6hvjy02lm
Posted by FOREVER FLY at 8:24 AM No comments: