WOW WHO KNEW BUJU WAS THE SNOWMAN? 5000 GRAMS 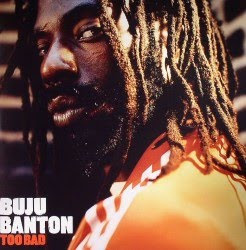 This is FUCKRY!!!! I hate how many posts I have with musicians catching cases this year I mean babylon is on some NWO type shit right now all my hustlers gotta move way more careful, and I can predict a snitch is somewhere in this mixx somewhere SMH! Right now tings dread and food haffi eat by all means but right now like CSHOT say "It's Hard out cheeere!"
I hope this turns out better than it looks right now but I know dem krackers got u locked down Buju but hold ya up head king!

According to Drug Enforcement Administration, Buju (whose government name is Mark Anthony Myrie) was picked up on Thursday and will soon be transferred to Tampa, where the U.S. Attorney is charging him with conspiracy to possess with intent to distribute more than five kilos of cocaine.

According to federal mandatory minimum sentencing, Buju faces 20 years to life if convicted

Sean Kingston needs to get the Belluga Heights Law team together for uncle BUJU...JR Rotem's jewish I believe so u already know what time it is!
Posted by FOREVER FLY at 2:19 PM No comments: