Posted by FOREVER FLY at 9:10 AM No comments: 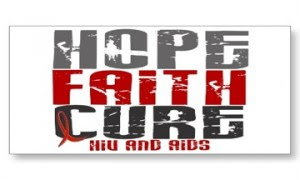 Germany — Doctors in Germany have claimed that they have cured a man with HIV through a stem cell transplant. NEWSONE.COM reports:
Doctors who carried out a stem cell transplant on an HIV-infected man with leukemia in 2007 say they now believe the man to have been cured of HIV infection as a result of the treatment, which introduced stem cells which happened to be resistant to HIV infection.
The man received bone marrow from a donor who had natural resistance to HIV infection; this was due to a genetic profile which led to the CCR5 co-receptor being absent from his cells. The most common variety of HIV uses CCR5 as its ‘docking station’, attaching to it in order to enter and infect CD4 cells, and people with this mutation are almost completely protected against infection.
Posted by FOREVER FLY at 9:04 AM No comments: