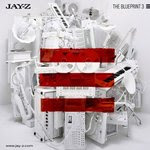 Aw man it's been a minute had to chill on the blogging and get to some bigger paper ya feel me but I'm back! With gifts!
Anyway wasn't too much happening that I even gave a fuck about except for French inking the deal with Konvict Muzik that album should be stooopid. Gucci and Oj are fucking going crazy still even though he's still in Rehab (wasted). My man Max just got sentenced to 75 yrs (C'mon Son) The judge is trippin, the bitch that set it up got 15 WTF Max didn't even shoot! That's fuckry Max I'm riding with ya fam I know French gonna hold you down. Joe Budden got punched again then squashed it? (you are truly a cornball and Tahiry has another dude wake up) I got a story about meeting that dude that is so funny too...later tho. I caught up with keri hilson in Lenox with her hating ass midget security guard I have footage and 10 year old marriages in Yemen??WTF and just not really much else has been even making me wanna care about Hip Hop and then it happened. The Blueprint III has sprung a leak and I'm happy about Hip Hop again. Now I didn't wanna blog with all the bloggers dropping the snips but I feel since no one dropped OTTN I feel I should post it. The album is super wicked but not perfect I will admit that! But it's everything I hoped for. Off that is monumental fuck that I said it, Jcole had a nice verse on Star is Born and the Venus vs Mars beats sooo hard (no homo), Haterz is true but weird (kiss girls like katy perry kanye is trippin out lately but I like it) I feel weird cause I heard the "On to the next" beat from Swizz a while ago in Patchwerks Studio ATL, GA and another fuckin MONSTER of a beat he called "I'm supposed to ball", both made me feel like dying in a good way cause they were just that wicked and I wondered what it would sound like to drop lyrics on that those joints and when I heard hov on that swizz monster through my solabaric 12's in my whip I was trippin out so I gotta see what yall think. Hell speaking of Hov I see T-pain catching feelings about D.O.A saying fuck hov now after all this time you were on stage when he dropped the jawn! your a pum pum. I gave Pain the benefit of the doubt even despite what TJ and other people tell me I met u a few times and you seem like a weirdo but I thought you just got a lotta a money young but your a husband and father at like 21 and that makes me know your a moron and your like the rest of the haterz on Hov di#k I mean he even said you were the one that did it well. WTF. DOA was the sad truth I don't even listen to the radio for this same reason but one day I was going to lunch with my homegirl and she had the radio on I swear to JAh himself I heard like 5 autotune songs back to back I wanted to kill myself! Yall lack creativity I mean since he dropped D.o.A there is now D.o.S.S, D.OA.A , D.AB.B and all types of other fuckry like C'mon Son! word to ed lover. I mean how about this, all the songs not ony sound the same they have they same name...Tpain - I cant believe it, Lil Boosie--Better Believe it, Saigon- Gotta believe it, some other rapper even has Cant believe It and I wont even mention that niggaz name that's how fed up I am! I think people vex with just the amount of money this dude truly has and that his wife is Beyonce,he's fucked hundreds of bitched, got head from Superhead when it was new, and that he's had 10 # 1 albums about to be 11 and his words are still VALID! I mean that's gotta be it this dude has accomplished every thing you and I dream of and he's still progressing that's why YOU ALL ARE HATERZ! GROW UP MAKE MONEY AND GET A LIFE!
DON"T HATE THE PLAYER HATE THE GAME! WE OFF DAT!